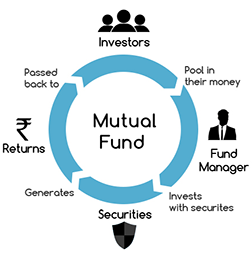 You have arrived at the perfect destination – Sai Securities.

An investor has to be patient and undertake the necessary research before zeroing in on the schemes to invest â either lumpsum or via SIP.
Interest in ESG investing is rising, but identifying companies that meet the parameters is difficult

We are still in the early days of ESG investing in India. But interest in the space has definitely been increasing and mutual fund companies have realized that.

If Brexit blows over, foreign money could trickle in: UTI MF

Investors have taken comfort from the government's focus on inflation. The long-term yields have come off, said Amandeep Chopra of UTI MF, adding that the theme has to be sustained for a longer time.

This is the second REIT listing on the exchanges, after Embassy Office Parks REIT which was listed in March 2019 following fund raising of Rs 4,750 crore via IPO.
Mindspace Business Parks REIT to debut on August 7, issue price set at Rs 275 per share

Sharad Mittal of Motilal Oswal Real Estate Fund feels from Mindspace, investors can earn a return of 11-12 percent of which 7-8 percent which accrues from rental yield is as stable as debt.
Mindspace Business Parks REIT IPO subscribed 13 times on final day

The issue will close on July 29 and the bids can be made for minimum 200 units and in multiples of 200 units thereafter.
Mindspace Business Parks REIT IPO subscribed 38% on Day 1

Mindspace has so far raised Rs 2,643.74 crore from strategic and anchor investors, which is 58.74 percent of the total issue size of Rs 4,500 crore.
3 Point Analysis | Rossari Biotech#39;s stellar listing: What should investors do now?

The listing premium was much higher than the grey market premium (of around Rs 160-180 per share) as well as analysts#39; expectations of Rs 130-175 per share.
Subscribe to Rossari Biotech: Ajcon Research

The maximum bids received at lower end of price band of Rs 12-13 per share. In fact, the anchor book, through which the lender had received Rs 4,098 crore, was also subscribed at Rs 12 per share.
Rossari Biotech#39;s Rs 496-crore IPO subscribed 79 times so far on last day

The public issue consists of a fresh issue of Rs 50 crore and an offer for sale of 1.05 crore equity shares by its promoters Edward Menezes and Sunil Chari.
Rossari Biotech IPO subscribed 3 times on Day 2 amid retail, QIB interest

In past 3 years (FY17-FY20), company has delivered stupendous growth on revenue, EBITDA and net profit level, which grew at a CAGR of 42 percent, 57 percent and 60 percent respectively.
Subscribe to Rossari Biotech: Emkay Global Financial

The long-term India story still remains intact although in the short-term there could be some impact due to demonetisation, adding that over the longer term India would be a more structurally stronger story, said Rajesh Kothari, Managing Director, Alfaccurate Advisors.
Long-term investors still bullish on India: Veliyath

Over two weeks afterdemonetisation drive commenced, Porinju Veliyath â Managing Director and Portfolio Manager at Equity Intelligence India â continues to remain upbeat about markets. Veliyath said that he expects the market to gain going forward and large money can be made in midcaps and small caps.
Real risks have been priced in; bulls still have hope: Gujral

The market will bottom out very soon, says Mitesh Thacker of mitechthacker.com. Once the private banks bottom out, the market would be at its lowest considering the fundamentals. This would be a great time to buy into the market.
We are in a bear mkt already; travel light: Ajay Srivastava

Ajay Srivastava of Dimensions Consulting told CNBC-TV18 that the economy is likely to contract for next few quarters and political agenda will rule the global markets.
Risk-reward fairly favourable; like steel, cement, PSBs: Quantum

The risk-reward ratio in the market looks reasonably favourable right now, says Sanjay Dutt of Quantum AMC. He feels there is no reason to panic and instead advises picking up quality stocks.
Numbers won't look for most cos in next 6 months: Quantum AMC

Speaking to CNBC-TV18 Nilesh Shetty of Quantum AMC said that the forecast for the second half of the fiscal year has always been positive. However reality has always proved it wrong.
Fall in re to spook FIIs; see mkt range-bound in near term: Citi

The governmentâs currency overhaul, or demonetisation drive, is unlike to impact oil and gas businesses in the near term as fuel demand look good, according to Citi Group. Saurabh Handa, oil and gas analyst at Citi Group said that he is quite positive on the sector and stock valuations are reasonable.
Strong positive trigger key for a fair market pull-back: Pros

The 50-share Nifty should consolidate between 7,920 - 8,100 for a few weeks, according to Mitesh Thacker of miteshthacker.com.
Earnings to grow at 2-3% in FY17; mkt migration to happen: Ambit

Speaking to CNBC-TV18 Saurabh Mukherjea of Ambit Capital said that we have been accused of saying a lot of things that are thought of as sensational but facts and subsequent events have borne them out.
Today's market pull-back only fresh ammo to go short: Gujral

Ambareesh Baliga, a market expert says for the long-term investor, the current market condition is a great buying opportinity. The market, after about 2-3 months of uncertainty, is bound to do well.
Mkt not ready for switch from monetary to fiscal move: Deutsche

Speaking to CNBC-TV18, Abhay Laijawala said the there will be a transition from monetary policy to fiscal policy for which the market is not prepared and expects the market to remain volatile with a downward bias for the near term.
Demonetisation to be good for inflation, bond yields, INR: IDFC

Anish Damania of IDFC says demonetisation is expected to be positive for inflation, bond yields and rupee, but it would have a negative impact on GDP and money supply.
Don't be in hurry to take profits in bonds: Nomura India

Watch the interview of Vivek Rajpal, Rates Strategist at Nomura India with Latha Venkatesh, Sonia Shenoy and Anuj Singhal on CNBC-TV18. He shared his views about the money market.
Currency ban to hurt auto, financials; bullish on FMCG:Jefferies

In an interview with CNBC-TV18, Chellappa says financial services and consumer discretionary segments like auto be the worst hit as the currency move will hurt consumer sentiment as well as the wealth effect.

Our Client Have To Say